This article was originally published by AskMen UK.

“I always say this and people take it the wrong way, but I think it’s awkward to date someone who makes less money than me.”

This bold statement comes from Brook, a pretty 24-year-old who is easily the centre of gravity at the bar we’re in. Originally from California, she has long brown hair falling in loose curls to her shoulders, and a confident manner that makes socialising a breeze.

She arranges relationships with sugar daddies, men (usually older, always richer) who shower her with gifts and money.She’s good company, and she knows it – if I were wealthy and had a penis, she might even charge me for it. Brook is a sugar baby, you see.

Hosted by SeekingArrangement.com, an online dating site for sugar relationships, this is an event for sugar babies to network and swap tips. We’re in a bar in central London, drinking strawberry-topped champagne with 30 other women who want to be more like Brook.Brook, who’s been a sugar baby for four years, is a spokeswoman for the brand and says it’s not all about the money.

“I want to feel that someone’s on my level and that I can learn from them, and that they’re at least as successful as me. It’s just, like, you have to have a similar lifestyle expectation to get along. And that’s true of any successful relationship.”

Since launching in 2006, Seeking Arrangement has swelled to over 5.5 million members. If you’re in search of a pretty young thing and are prepared to put your money where your heart is, then the odds are in your favour – a whopping 4 million of Seeking Arrangement’s users are sugar babies. Just be aware that joining the site will pit you against other sugar daddies with an average salary of around £220,000.

But despite Seeking Arrangement’s many members, mainstream morality still tends to look down on sugar babies. Outlandish Daily Mail headlines decry such scandalous behaviour, while ‘gold digger’ is still a common insult used to describe a manipulative woman willing to use her sexuality to ensnare a rich, unwitting man. Is that really what’s going on in modern sugar relationships?

As I stand here in this pretend-cave bar, surrounded by fake foliage and an exotic fish tank, I can’t help but be reminded of the kitsch ’90s game show Man O Man. To many, the concept of sugar dating is just as throwback. At a time when women are free to pursue their own careers and make their own money, why do sugar babies choose to stay dependent upon men? Just as the rise of third-wave feminism tries to crush the idea that a woman’s worth comes only from her ability to attract men, why do sugar babies appear to be running backwards towards old, sexist tropes? And what kind of man is actually willing to pay money for a ‘relationship’? 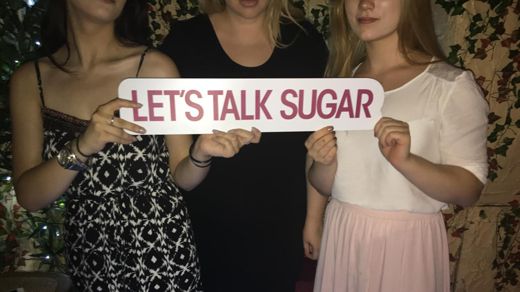 The Spoiling
Brook first fell into the sugar game as a 20-year old journalism student. In the bar of the five-star Cosmopolitan hotel, a 37-year old man who “made most of his money in tech” decided to make his move on her.

They arranged to meet for dinner and hit it off. The following weekend she visited him in Miami where they checked into a fancy hotel room and went shopping. In the five months the long-distance relationship lasted, Brook was treated to a series of holidays, Louis Vuitton shoes and more shopping. But it ended when things started getting too serious. “He wanted me to move to Miami and switch schools, and I didn’t want that because I wasn’t ready – I couldn’t even drink,” she tells me.

It wasn’t actually until a friend told her to join Seeking Arrangement that Brook realised she had been a sugar baby. “I was like, ‘What do you mean? There’s a word for that?’” Not only did she sign up to the site, but she applied for a job there and now travels the world representing the brand.

Brook sees the main difference between a sugar relationship and a “normal” relationship as “the spoiling. And me being OK with being spoiled. A lot of women are not okay with even having dinner paid for them. They’re not comfortable with a man taking care of them,” she says.

“And I totally, 100% respect that, more power to you. But there’s the other girls who don’t want to go Dutch, who do want a guy to take care of them, who expect a guy to pay – and I’ve always expected a guy to pay.” 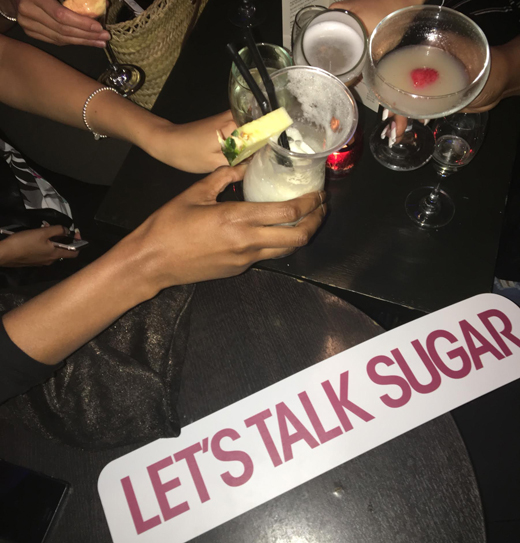 Mutually Beneficial
Although the bar is largely full of young women, keen to learn how to turn their encounters into something financially rewarding, my expectations are being challenged. I spot a young man, seeking a sugar daddy himself perhaps – or maybe a sugar mama? It’s not just the older-guy-and-younger-girl stereotype. Roughly 1 in 8 sugar babies on Seeking Arrangement are men (a mix of both straight and LGBT men), while for every three sugar daddy members there is also one sugar mama.

Brook tells me about sugar daddies who aren’t looking for sex because they’re older and unable to perform, or married men whose wives don’t want to hear all of their gripes at the end of the day. “They want to have a beautiful girl who will touch their arm and tell them everything’s OK,” she says.

“I know a sugar daddy who was going through a transition late in life to become a woman,” Brook says. She talks of a transgender woman who had recently divorced her wife of around 40 years and now had no one to talk to. Through Seeking Arrangement, she found a female sugar baby who taught her how to wear makeup, accompanied her in public during her transition and who she could talk to.

For Laura*, 21, a sugar relationship saved her from a situation that had become increasingly desperate. As a student in London nearing her exams, she was forced to get a restraining order on her house mate, who had become aggressive and had started destroying her possessions.

Moving into emergency accommodation, she was left with piling housing debts, which weren’t helped by a scheming landlord who had stolen her deposit. Around the same time, one of her parents lost their job while the other was demoted, and Laura worked three jobs in order to pay her rent and send money home for their mortgage. Unsurprisingly, she became ill from the stress.

“I was like, even with all my jobs, I need to move and stat, or otherwise I don’t even know what’s going to happen to me,” she says. “I was thinking about sex work and escorting. But I was like, I don’t want to get into sex work through desperation.”

When Laura joined Seeking Arrangement, her first few dates were “completely platonic”. “I was like, I’m not going to sleep with anyone, I’m just here for theatre shows, trips, companionship. And I managed to make a few hundred just from that.”

Then she met a couple in their thirties who shared similar interests with her and who she got on well with. They paid her £500 a month to be in an open relationship with them and took her to Paris. Laura says the sex developed naturally. “They weren’t paying me to have sex with them, they were paying me because we were in a relationship. They cared about me.”

Although the relationship ended after six or seven months, the experience was, for Laura, a positive one, and she continues to seek sugar relationships today. “All my other relationships have been platonic. Just from the last couple of weeks I’ve made £500 from dates with people. So I think it can be such a good thing for girls to do.”