In every installment of Crush Diaries, one girl gets real about flirting, dating, and hooking up.

This week: Josie, a 19-year-old from California, was on vacation in Michigan seven months ago when she met the guy of her dreams, Alex. They survived four months of long-distance dating until she happened to move to Michigan for college. This week, Josie is planning a romantic surprise for Alex’s birthday.

7:00 a.m.
Saturdays are usually the days I wake up early to go see my boyfriend Alex. We’re both super busy during the week with work and school, and sometimes we even work on the weekends. When we do have free time together, it is PRECIOUS.

Since we are both meat- and dairy-free, our Saturday mornings usually start off with new recipes from Whole Foods we’ve never tried before, like meatless bacon (it was gross) and fake-cheese grilled cheese (not bad, actually).

After breakfast, I lie on his lap while he plays video games. In my head, I can’t help but imagine if this is what our mornings would be like if we lived together and weren’t just at his parents’ house. Later today, we’ll go to a craft store for Halloween decorations and Target. I love shopping with him because I make a habit of running, hiding by the hula hoops or books, and making him find me. When he catches me, he always grabs my hand tight to make sure I don’t run away again. 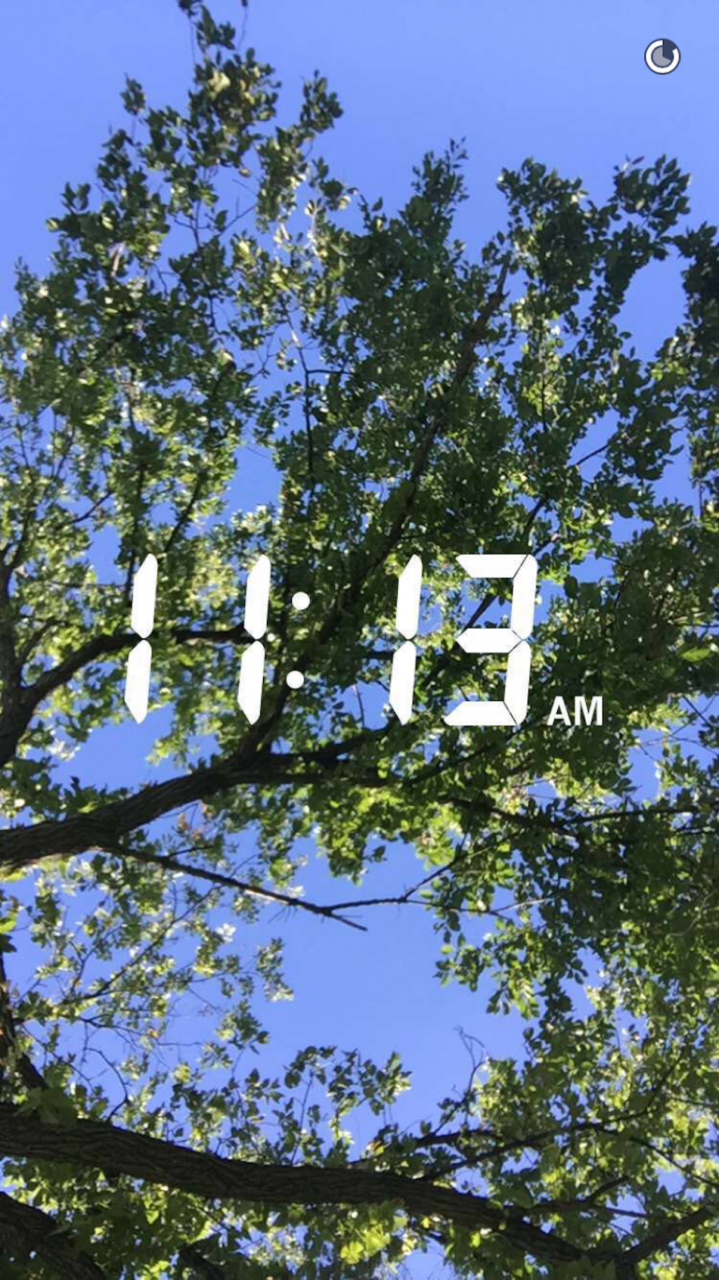 Alex is like the boys you see in the movies. The boy that sings along to the radio in the car and drives you to cool new places you’ve never seen before. His laugh is the single best sound I’ve ever heard (besides Harry’s notes in “Drag Me Down”). Once he even carved our names into a tree trunk. Our relationship feels like fate. What are the odds that we would’ve met on vacation? And what are the odds that this is working out?

I pick up Alex at his house, and we stop at Starbucks because he’s obsessed with their soy milk Frappuccinos. Then we drive to downtown Detroit to see a play. Alex wants to be a writer and is taking a journalism class. His class assignment is to see the play, take pictures at the theater and interview the director. The play is great … until we get kicked out for taking pictures, which apparently is not allowed during the performance.

We aren’t too bummed, though, because that means we now have an afternoon to spend together in this fascinating city. We take pictures using the super high-quality camera Alex got from school — Detroit has really cool walls that make perfect backdrops for Instagrams. They’ll end up all over social media later. 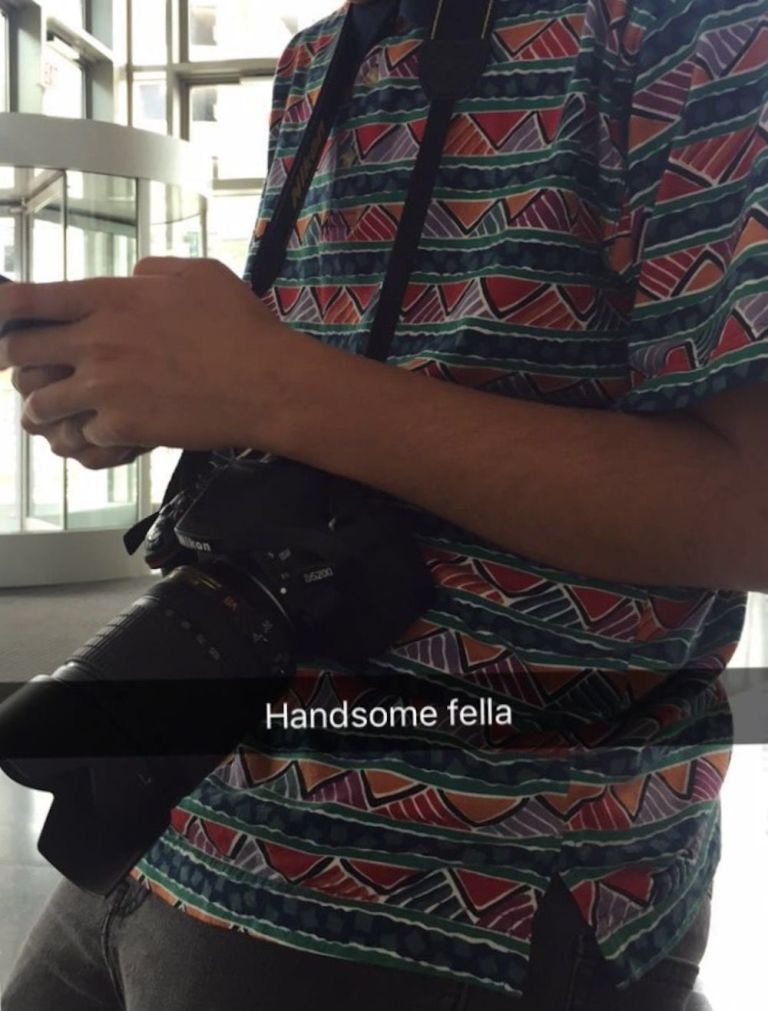 It’s days like these when he grabs my hand as we walk down the sidewalk and his hair is all messy from the wind and he’s dressed in a beanie and ripped jeans because it is starting to get cold that make me fall even more in love with him.

During the school week, I have to wake up really early to get to my job at an elementary school. I’m studying to be a teacher, although recently I’ve started wondering if that’s actually what I want to do with my life. I work until 9 a.m., leave work to go to class from 10 to 2:30, and then I’m back at work again until 6 p.m. In case you’re wondering, no, I don’t get enough sleep.

Alex and I usually text all day and we talk on the phone a few times, as well. You would think that talking constantly throughout the day would be a little too much sometimes, but not for us. I guess when you find the right person the silences become comforting and there is usually never a time when we don’t know what to say to one another.

I have too much homework to hang out at Alex’s house. Instead, I call him when I get home. We talk on the phone every night we’re apart until we fall asleep. Usually the call lasts all night until one of us wakes up the next morning. I used to think this was weird, but now I can’t sleep without it. It’s just so comforting having him there, even through the phone.

I’ve been hanging out at Alex’s house all night, watching Netflix and eating Thai food. I say goodbye to him and his parents, head outside to my car and wait for a half hour. His parents think I’m gone. They go to sleep.

I sneak into Alex’s house through the back door and run up to his room. I’ve done this before, but it’s absolutely terrifying every single time. I can only imagine what would happen if his parents happened to walk out of their room while I was running up the stairs. I know this is bad. Really bad. But it’s so worth it.

Sneaking in and sleeping over isn’t even a sexual thing — I just genuinely enjoy sleeping next to the person I love. He’s so warm. Plus, goodnight kisses are the best. Thing. Ever.

Alex is asleep next to me. His arms are wrapped around my waist and I’m wearing one of his really big sweaters that smell exactly like him. His dog is snoring on the other side of the bed. LOUD.

Sometimes, I wake up to him kissing my neck and whispering that he loves me before he rolls over back to sleep. Tonight, I wake up to Alex snuggling closer to me.

Before I met him, I never in my life thought I’d ever be comfortable sleeping next to someone else. When I was a freshman or sophomore in high school, I remember worrying what I’d do when I have a sleepover with a boy and wake up all groggy with messy hair. Why would I want a boy to see me like that?

But back then, I had no clue that one day, I’d meet a boy that treats me the way I want to be treated. A boy that really loves me for who I am. He doesn’t care whether my hair is parted all the way on the left side of my head next to my ear or that he can probably smell my breath from 10 feet away. Alex loves my messy hair and sleepy voice. Who would’ve thought?

TODAY IS THE DAY! Alex’s birthday is two days from now, but I’m planning a surprise for tonight. He knows that I have something up my sleeve, but he has no idea what.

My original plan was to ask a coworker to cover the last hour of my shift so I could set up a beautiful picnic at a nature preserve. But at the last minute she cancels, so I have to come up with Plan B really fast.

I speed over to the pizza shop and grocery store to pick up food for tonight. At this point I’m hoping set up the picnic on the top of a parking garage overlooking the city, with blankets and my presents for Alex. I’m mad that the nature preserve plans were ruined, but this could be even better — we’ll have the glittering city lights to look at.

Alex arrives at the parking garage, and everything is perfect. My car is parked nearby, and I leave the doors open so we can play music on the radio. We sit outside all cozied up in blankets. He likes all the food and presents.

Today after work and class, I go home. Alex is playing drums in his school’s concert tonight, so this is a good time for me to get some homework done … or doodle in my notebooks while I scroll through Twitter.

Sometimes, I illustrate how I want our apartment to look when we move in together a few years from now. I know I want a big bookshelf where he can keep all his books, and two desks for our school and work materials. Alex has his future writing career all planned out, with a list of internships and jobs he wants to have. I don’t think I actually want to teach anymore, which is kind of stressful in the moment, but I’ll figure it out.

Alex’s parents always say he won’t go anywhere with writing, and my parents are annoyed at me for changing my mind about teaching. Our families don’t exactly agree with our game plans, so it’s relaxing being around Alex. We’re each other’s breath of fresh air.

Today is Alex’s actual birthday. I get way too excited about birthday celebrations, so the day drags on forever. 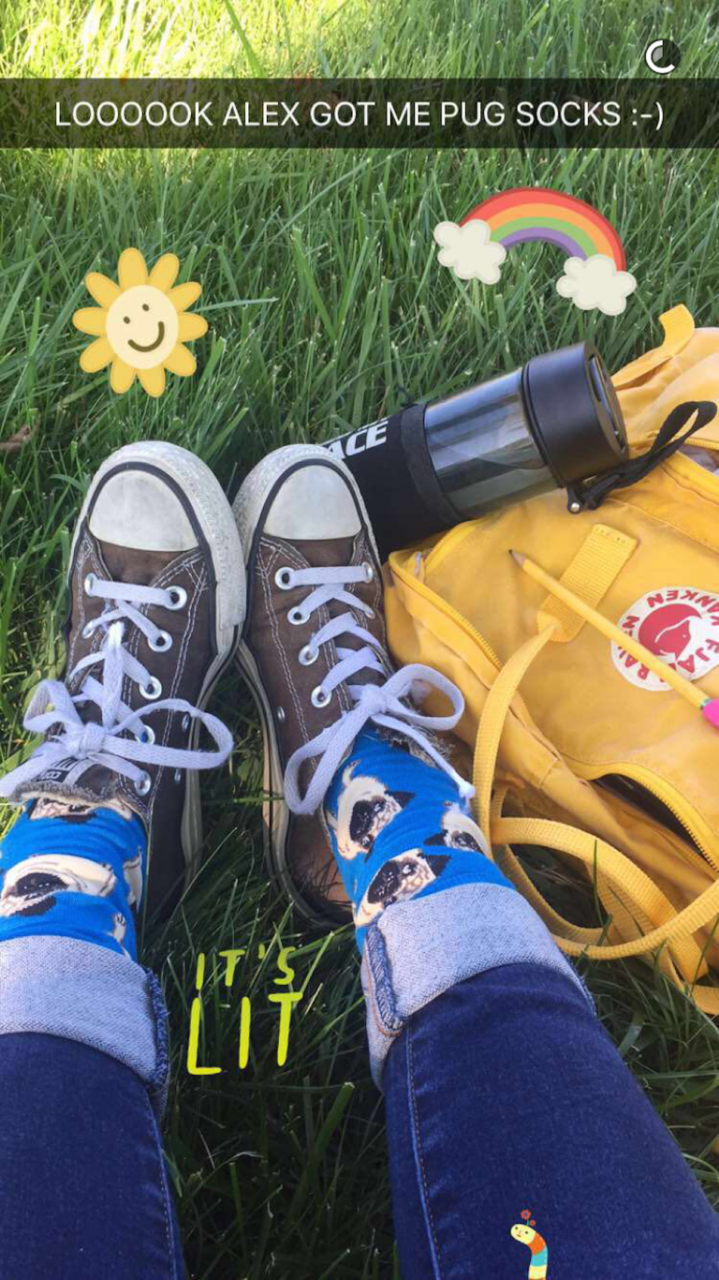 His parents offered to take him out to dinner, but he just wants his mom to make lasagna, his favorite meal. I hang out with his family at home, mostly just sitting back and watching them all interact, grinning like a dork because this is what I want my future to look like.

At the end of the night, Alex and I fall asleep on the couch together in front of a movie. I hope life stays this way forever. This is the boy of my dreams — I can’t imagine it any other way.