The theory goes that men aren’t supposed to like romance. But more and more of them are coming out of their shell to admit that, yes, they want to be wooed from time to time, too. It doesn’t have to be big — it just needs to be personal. “The type and nature of the gesture is more important than the size,” says Jess Carbino, a sociologist for Tinder. “If it’s somehow related to something that they value, that’s more impactful.”

These 10 things are likely to get him looking at you with cheesy hearts in his eyes, so give them a go — and then maybe consider these strategies to pretty much guarantee you’ll get laid tonight.

No, I’m not telling you to get out of your sweatpants and put on a nice dress because that’s what your man deserves. Fuck that — we’re not stuck in 1953, and if you want to wear sweatpants you can wear the GD sweatpants. But if there’s one thing to keep in mind about men, it’s that they are visually oriented specimens, says psychologist Ronald Goldstein, Ph.D., a marriage counselor in Newtown, Pennsylvania. That’s why dressing for his tastes — rather than just your own — every once in a while can have a big effect. When he comments on how great that flannel button-down looks on you, tuck the idea away so you can pair it with skinny jeans and boots for your next date. Or “take him [on a short] shopping [trip] and have him choose outfits he would like to see you in, or some lingerie he finds sexy,” suggests Barbara De Angelis, Ph.D., author of Secrets About Men Every Woman Should Know. It’s not likely they’ll be interested in shopping for long, but the fact that he gets to choose (so keep an open mind for as long as you can) could keep him engaged for longer than you might think. 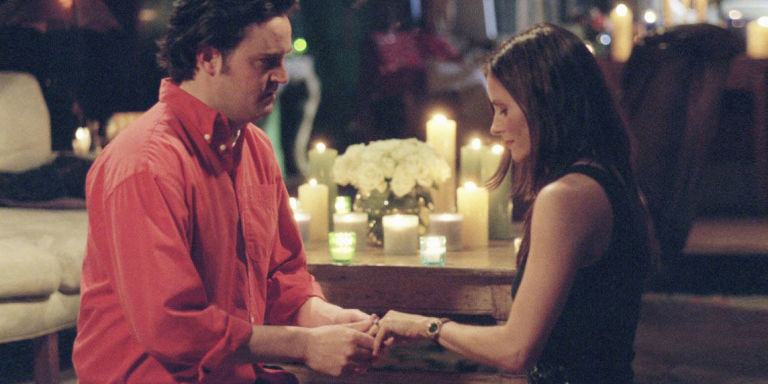 This isn’t about sex or a massage (though there’s nothing wrong with cashing in on both of those), but simply touching and showing physical affection in your day-to-day activities. Holding hands when you walk down the street or playing footsie on the couch are reassuring actions — especially if their love language is touch — and can remind him that you love and appreciate his body, says De Angelis. And if you decide to explore elsewhere, it can give you time to become more aroused and really get to know every part of him, adds De Angelis. Not sure where to start? Here’s 35 places that will turn him on.

3. Sending him out with the guys.

A guy’s time with his friends is just as important as your girls’ nights out, and acknowledging that makes you look like an independent, confident, insanely sexy woman. So if he’s waffling on whether he really should go catch that game with the guys, encourage him to make like Nike and just do it already. And if it means you have a night to soak in the tub and stream one of the 50 most romantic movies of all time, well, consider that a bonus.

4. Sneaking in a flirty note.

“Sometimes a man likes to hear that he’s loved and missed,” says Goldstein. “Corny as it sounds, if the woman puts a note in his briefcase or sends a text during work just to say how much she’s looking forward to having sex that night, it can really make a guy’s day.” Easy enough, no?

Just like you need reassurance every once in a while, so does he. So next time you’re noticing how sexy his forearms look while he’s slicing up veggies, tell him. And when you breathe a huge sigh of relief because he says he’ll take care of bath time tonight, thank him. Sure, they’re just words — but to him that can be solid gold when he’s been having a bad day.

“In this mostly-digital age, printing photos is becoming less and less common,” says Carbino. “By taking a few extra minutes to print that cute snap from last weekend’s date night, you’re showing how much that memory means to you” — and it just might encourage the both of you to make more. Plus, there’s just something nice about looking at a framed photo these days, don’t you think?

7. Giving him the night off.

Does he usually cook dinner during the week? Tell him you’re ordering out (because you sure as hell don’t have to cook if you don’t want to). Is he stressed about an upcoming work presentation? Bring the guy a chilled beer. Little gestures like that can feel like the royal treatment, yet they don’t take much effort on your part. Win-win!

If you’re in the habit of having sex with the lights out, keep them on. Do it in a different room (or a different place altogether). Watch porn together. Whatever your usual routine is, break it. Novelty can immediately infuse romance back into a relationship, and if he has some say-so about it, then he feels like his voice is being heard, says Goldstein. The easiest way to make sure he knows you’re listening: Talk about his sexual fantasies, suggests Goldstein. As long as they don’t make you uncomfortable, it might be fun to make one or two come to life.

What would you rather receive from your guy: a weekend at the spa or a new set of pots? Experiential gifts tend to have more meaning behind them, and they’re more sought-after: A survey from the National Retail Federation shows that 50 percent of 25- to 34-year-olds say they would like to receive a gift that actually has you out doing something. Why? They help you create memories, plain and simple. So when you’re thinking about gifts, try thinking of something that the two of you can enjoy together, like exploring a new-to-you city or watching a football team you both love. Whether it’s out of the blue or totally expected doesn’t matter — at the end of the day, he’ll just be stoked to get out of the house with you.

Women aren’t the only ones that want to feel like they’re not wasting their time in a relationship. Feeling connected with you in a way that he isn’t with anyone else is important to guys, says De Angelis, so confess something nobody else knows. It shows a deeper level of trust in both him and your relationship, she adds, because you’re making yourself vulnerable. And if you want it to go both ways, make it a pseudo-game: For every secret you tell, he confesses one, too.

11. Getting him to laugh with you.

Chances are you know what makes your man laugh. You wouldn’t live a life devoid of laughter and humor, right? But even if you’re not a master comedian or a jokester, get this: A study executed at the University of Kansas revealed that a good way to gauge your romance levels is to laugh together. The study also revealed that the more times a guy makes a woman laugh the more she’s into him —which, in turn, leads to romance, which makes sense: Laughter is important! So maybe catch an improv or comedy show, or even just fire up Netflix to watch a new comedian’s special. If you have a sense of humor, you ‘ll probably laugh, and he’ll probably be inspired to show off his renditions of those one-liners. Maybe you’ll end up with some new inside jokes, too.

12. Learning about something that interests him.

Does your partner dig computer science? Is he really into old noir movies? Is he obsessed with the history of Idaho for some reason? Do a little digging about something that doesn’t feel like pulling teeth for you (no one will ever force you to be someone you’re not) and learn about something he’s super passionate about. He’ll appreciate that you’re taking an interest in a topic that’s important to him, and it can certainly fuel conversations. If you’re partner’s a half-decent guy (and I’m sure he is), it may motivate him to learn about one of your quirky interests, too.