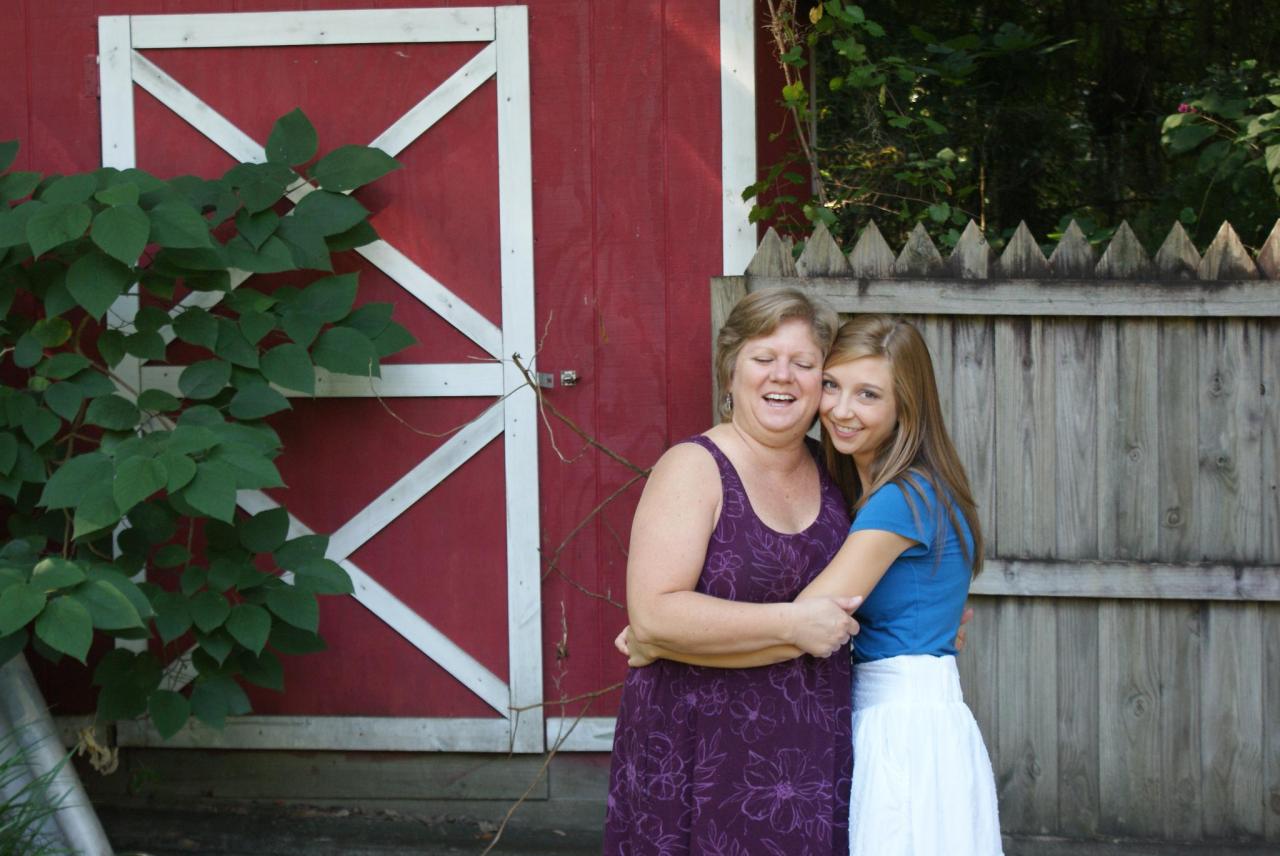 First and foremost, let me just take a moment to say that my mom is the actual best. She and I are crazy close, and she’s always taken my best friends, boyfriends, and the stray cats I’ve found in abandoned motel rooms under her wing (pretty literally) — no hesitation or questions asked. Despite her Mother Goose-level loveliness and acceptance, though, this woman’s got opinions. (Trust me: You should see her Facebook page around election season.) And so, when I called her up and asked for her brutally honest feedback on my dating life, my mom ranked my ex-boyfriends in her usual fashion, without hesitation or questions asked.

Now, I’ve only dated three fellows who carried the bona fide, Facebook-official “boyfriend” title. But my mom decided to throw in a ranking of what she dubbed “a pile of flirtations” as well, including a few of the guys I’ve had long(ish) running flings with as an adult.

Her overarching assessment of my dating life was, uh, not so great. When asked to describe my collective boyfriend(ish) history, she said, “It needs work. You’re generally not into muggers and killers, though, that we know of, so that’s good.”

Here to make you proud and side-step those murderers, Mom!

When it came to the individual dudes I’ve dated though, her vocabulary stretched beyond “wonky.” Here’s my mom’s definitive ranking of my ex-boyfriends — from “pseudo son” to “actual monster.”

Coming in at the top spot was Fro-Yo Bae — my last serious boyfriend (who actually lived with my mom and me for a spell?), and undoubtedly the best of the bunch.

“I think he was the most consistently thoughtful and caring,” she explained. “He became like a pseudo son. But he still wasn’t the right one for you.”

I think this is a pretty fair assessment. Fro-Yo Bae and I eventually broke up when I transferred colleges and moved out of state, and we were totally different people (particularly when it came to our stances on guns or the necessity of protein powder). That said, he was a good guy who often made me cookie ice cream sandwiches, so he certainly earned that top spot.

Our runner-up is one of those gents from the “pile of fun flirtations” — the travel buddy, who we’ll call Peter*. We met in Paris last summer, and ended up meeting up and out in London and New York in the months that followed. We had a blast together, but our communication outside of those meetings was limited to me accidentally texting him about The Pussycat Dolls or exchanging Snapchats of dogs.

“I’d say he’s second because of the adventure — just for the exotic-ness of it,” my mom explained. “There wasn’t much substance to the relationship, though.”

Indeed there was not. Peter gets points for fun, not substance. I also agree with this ranking.

Coming in at the number three slot is a fellow we’ll call Murphy*, another piece in that flirty pile.

To use my mom’s (somewhat terrifying?) words, “I feel like he was your first ‘big boy adventure.'” (When I asked for clarification, she just said “He was a big boy! Like a grown up!” So… There’s that.)

Murphy and I had kind of, sort of known each other since we were freshmen in high school, and then drunkenly made out at my best friend’s wedding a few years back, fulfilling every one of my Catholic schoolgirl daydreams.

That evening was the first time I ever really got drunk, and just after my mom found me on her bathroom floor, I announced, “Remember Murphy?! I put my mouth on his mouth after you left the wedding!”

About a month later, he flew up to New York and we spent a long weekend exploring the city together… But, shortly after he’d left, he low-key ghosted me and started dating another girl. It, uh, stung. Just a smidge.

“I feel like the whole fling was intense,” she said. “And then, after it was over, I wanted to give him a piece of my mind.”

Coming in at number four, we’ve got my second-ever “real” boyfriend. We’ll call him Derek*. If I’m being honest, he’s one of the only guys I regret dating — homeboy came with a lot of strings attached.

I only dated Derek for a few months, but those months were full of drama (which I definitely played a part in creating). When Derek and I met, he was in a very unhappy relationship with his promise-ring-wearing high school girlfriend, and I basically coaxed him out of that relationship before we started dating (I’m the worst! I know!). That said, his ex did not exactly take our relationship well. Like, she sent me death threats on Facebook. Derek chocked that up to me “asking for it,” like all good, supportive boyfriends would!

He also later went viral as a meme (I won’t say which meme, but… it’s bizarre) and had the general composure of a human worm. [Editor’s note: It’s a good meme.]

For all of the reasons above, my mom set him at the bottom of the barrel. “The meme alone puts him in that category,” she claimed. “Too much ex-girlfriend drama. Not the most thoughtful. Meh.”

Taking the absolutely bottom spot on my list of ex-boyfriends is a fellow we’ll call Laine*.

Laine was my first-ever boyfriend — we dated for about a year and a half in high school — and, at the risk of sounding bitter, he was kind of a gaslighting monster. Our relationship was sexually and emotionally abusive in ways that I was too ashamed to share for years. But at the time, my family had taken him in with open arms. He’s in half of my sister’s wedding photos. Because of course.

“He was Dr. Jekyll and Mr. Hyde, the most terrifying of all,” was all my mom really had to say about that, between heavy sighs. Same.

Looking at this ranking in full, I’d say my mom and I generally see eye-to-eye on the various guys I’ve dated. And, thank goodness, it looks like I’m actually becoming a better judge of character. As my mom said, “You’re starting to show growth! Hopefully your next boyfriend will be the best one yet.”

*Names have been changed.