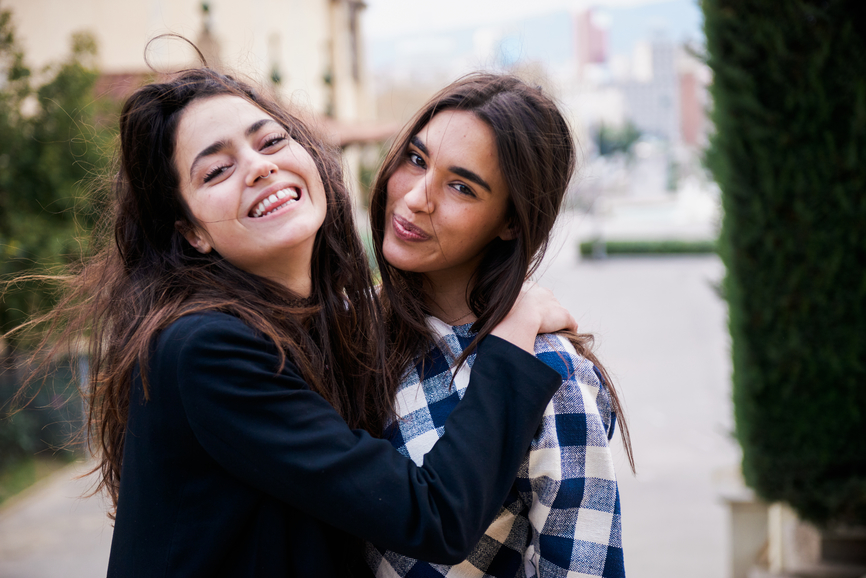 How Does The Relationship Change When You Start Dating Your Best Friend? 11 Women Explain

As a straight woman with a lot of straight male best friends I don’t harbor any romantic feelings for, I’ve always been confused by how people manage to transition platonic friendships into relationships. I mean, what happens to your dynamic when you go from buds who gab about your respective lives to being each other’s love lives? How much does a relationship change when you start dating your best friend? In a recent Reddit AskWomen thread, real ladies share how their relationships changed when they started dating their BFFs. Read along and learn from their experiences.

Even if you break up, you can eventually salvage the friendship.

It was awesome until it wasn’t anymore. It was the first legit relationship for both of us and it lasted like three years. We were pretty happy for the majority of it but we weren’t right for each other for life, which is fine. We had to take a few year break before we could be friends again but now we are and it’s great, I don’t regret a thing. He’s one of the most important people in my life.

It’s amazing until their flaws are highlighted.

I’m not friends with them anymore. But it was pretty amazing until we started learning the bad things about one another and that kinda made me see her in a different light and I would imagine the same for her.

We have a very strong and close bond and it was so natural. We are still together 6 years later.

It’s worth the risk.

Besides seeing each other naked, we also got to know more of the good parts about each other and definitely the more unpleasant parts. We already were friends and said “I love you” but once we started dating it was put on hold until it turned into “I’m in love with you” a few months in. I definitely know him more and vice versa. We also went through a time period before dating where we didn’t know if it was worth the risk. It was.

The worst part of this is that we were friends for ten years and have been dating for five. During the friendship, I wasn’t attracted to him and I kind of created a “brother/sister” type of friendship. He was always attracted to me but just went with it while he had girlfriends. Then one day I just looked at him differently and was attracted to him. A bit after that, we started dating. So now I have to explain to our future kids why my yearbook signatures from him say “you’re like a sister to me”…. yikes

But it does have the power to ruin your friendship.

In my first relationship, I dated my best friend but that went south very badly. And I regret being the one to ask him out because if we remained friends, we’d still be great friends today.

My current boyfriend was a good friend of mine when we started dating. And fortunately we’re doing great, as we’re now both best friends and lovers. We feel comfortable being ourselves around each other.

It brings you closer to each other on an emotional level.

I felt even more emotionally connected to him. He has always made me feel known, and has always made me feel accepted and wanted just as I am. We are now married 9 years and have two kids together. It has been a wonderful journey experiencing life with someone who I feel knows, loves, and accepts all of me – imperfections and all – because after all, that’s what true friends are.

There’s a lot more at stake.

I’m dating my best friend now and the only thing that changed is that we have sex now and I worry a lot more. On one hand it feels natural, right, and wonderful and I wish we had gotten together years ago. He gets me, he accepts my crazy ass for who I am, and he always makes me feel loved and appreciated. On the other hand though, I’m absolutely terrified. If something happens and we break up, my heart is just going to shrivel up and die. Most relationships I can take or leave and it never takes me very long to get over them when they end, but not this one. I’ll lose not only the love of my life but my best friend as well, because no way could I handle trying to stay friends with him afterward. It’s blissful and stressful at the same time.

It’s pretty much the same plus some sexy time.

It really didn’t change much. Even now, almost 14 years later we do many of the same things we did when we were friends. We just added the intimacy on top. It was very easy an natural.

We were closer when we dated, but it hurt infinitely worse to break up. I lost my best friend and my SO.

When all else fails, you still have your friendship to fall back on.

he’s the one for me 5 years later. we still have an amazing friendship to fall back on as sex/passion wanes now and then, as it does. everything else is still the same.

The only difference is that your relationship becomes a bit cuter.

My SO and I were best friends for 8 months before we started dating. We’ve now been together for 3 years and are living together.

Our relationship didn’t change much. We got to know each other really well without the pressure of dating, and I think that’s really helped us. When we started dating, all that changed was we said cutesy things to each other, kissed and had sex, but everything else, that awesome friendship, has stayed the same.

After reading the experiences of these women it becomes clear that taking the plunge and dating your best friend is, indeed, a big risk. But, like most risks, it comes with great reward. So, if you have feelings for your BFF (and you’re both single), I’d say go for it!

Check out the “Best of Elite Daily” stream in the Bustle App for more stories just like this!