1. “My wife refuses to poop with the door closed. Refuses. Also refuses to use the exhaust fan. I didn’t know about this when we were dating because we always had a tiny apartment, so the door had to be closed or else the whole place would smell like an ass bomb. Now we have a larger place — with two bathrooms, thanks god. I’ve confronted her about this a few times, and if I reach in and try to turn on the fan, she shrieks like a banshee.” —Cory, 32, Fort Lauderdale

2. “I married a minimalist. We’ve been married six years now, so this predates all the trendy Marie Kondo stuff. I noticed he didn’t like a lot of clutter when we were dating, but it wasn’t until we were married and bought a home that I realized the extent of his minimalism. He was very involved in the designs of our renovations, which were all very modern — think open-concept bathroom, white everything, floating staircase. As for decor, a few family photos [were fine], but no trinkets or souvenirs. You’d never even guess we have two toddlers. At first I resisted it, but now I’ve grown to love living without excess things. He’s taught me that life value should be placed on experiences, not stuff.” —Michelle, 37, Vancouver

3. “I found out that my husband didn’t want kids. He told me this three weeks after getting married. Of course we talked about whether or not we wanted kids before we got married; we’d been together for six years. I made it clear early on in our relationship that I wanted to have kids one day, and he seemed to agree. We talked about having two kids, tossed around name ideas, had a timeline laid out. We even discussed where we would want to settle down and raise them.

When he finally came clean, he revealed that kids weren’t something he ever wanted but he thought it was something he would eventually start to want. He said being with me made him open to the idea of having them and that he had hoped he would get there one day. It was very deceitful. I had spent the last six years of my life with someone who I thought was The One. Was I supposed to throw it all away?

I quickly fell into a depression and took some time to think long and hard about whether I truly needed [to be with him]. After four months of crying and confusion, I finally could say out loud what had to be done. I knew that the answer was to leave, but it took some time to get there. I never planned on being divorced, let alone separated from someone less than six months after marriage. Now I can say I couldn’t be happier. —Liv, 33, Toronto

4. “She doesn’t screw the cap on anything. Jars, juice, toothpaste, contact lens solution, you name it. More than once, I’ve grabbed some container by the lid and it went flying. I splattered a bottle of marinade down the kitchen cabinet a few months ago when I picked it up by the cap. [Early on], I’d bring it up every time. It was a big deal to me — I was a young engineer! But it just wasn’t a priority to her. Now I just go with the flow, tightening things up as I find ’em. I’m the yin to her yang.” —Paul, 55, Ohio 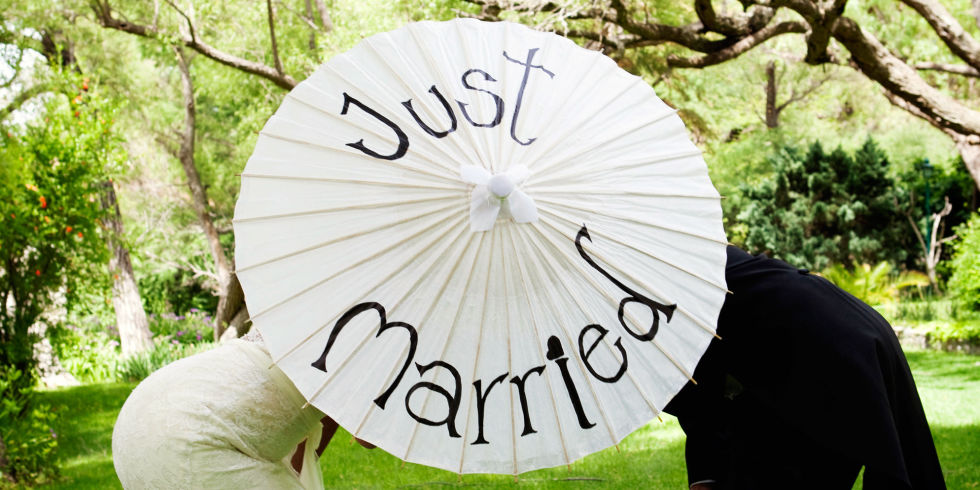 5. “My husband has an unusual sleep habit. I kept finding a single tissue wadded up under his side of the bed. I obviously thought it had something in it I didn’t want to touch, so I would grab it by an edge and throw it away. One night, I saw him cram one into his fist to the point where I almost couldn’t see it. So I asked about it, and apparently he just holds it in his fist all night — it’s something he did as a kid. He’s like a large baby.” —Kimberly, 31, Oklahoma City

7. “He has adult ADHD. I didn’t notice any of the symptoms until we got married. I was still in university when we got married, so we had roommates. When we moved into our own place, he lost his inhibitions. He started singing about everything. If I’m doing my hair, he would sing about that and go on to sing about my name and where I’m from and my family and what the cat is doing — until he gets tired.

It wasn’t until he enrolled in school to get some certification for work that I saw how much difficulty he had with studying. As I was trying to help him, he told me he suffered from ADHD. He didn’t like thinking about it and didn’t want to mention it to anyone since he’d rather deal with it on his own. It made me understand him so much better and why he acts certain ways.” —Eve, 24, Toronto

8. “I found out my wife was a drug addict. I had known her in high school. Back then, we smoked a little weed, but nothing heavy. Her mom had legit medical issues and would get [all these pills], and it turned out she was stealing her mom’s and popping pills.

We got married in 1983, had a daughter in 1984, and by 1985, she couldn’t hide her addiction anymore. It got to the point where she didn’t want to work; she just wanted to sit around like a vegetable. In 1994, she left a note on the dry erase board saying, ‘I’m leaving, I need to figure out my life.’ So that’s when I became Mr. Mom — my daughter even used to give me Mother’s Day cards. I don’t cry for shit, but I cry watching my daughter cry. It was the hardest thing about all of this. She didn’t call on our daughter’s birthdays and was never a part of her life. She died last January — apparently she had gotten into heroine by then. I saw a photo of her and never could have picked her out of a lineup. She looked twice her age and her face was sunken in. Drugs really do destroy people.” —Larry, 55, Los Angeles