My boyfriend says he doesn’t like the taste of my vagina and refuses to go down on me. This is the reason why I don’t even want to have sex with him . Am I taking this too personally?

Your boyfriend may not like oral sex, but it’s a whiny, insulting, man-child move to blame his preference on your vagina’s supposed flavor profile. Please. Do you go down on him because his cock tastes like tiramisu?

It’s lame that he won’t go down on you. It’s doubly lame that he blames this fact on you. (Fact 1: Millions of guys go down on women with no problem. Fact 2: Vaginas don’t taste all that different.)

You have a right to be offended. And you have a right to tell him that he’s making a ridiculous complaint. On the off-chance that he’s just avoiding something that makes him uncomfortable, try to defuse the conversation by focusing on positives: Tell him how much you like the way he makes you feel, and get specific about exactly what you want him to do (in case he gets confused down there). If he flat-out refuses, it’s not cool to force him to do something he doesn’t like, but it is most definitely right to think about whether or not you want to be with a guy who prioritizes your satisfaction. 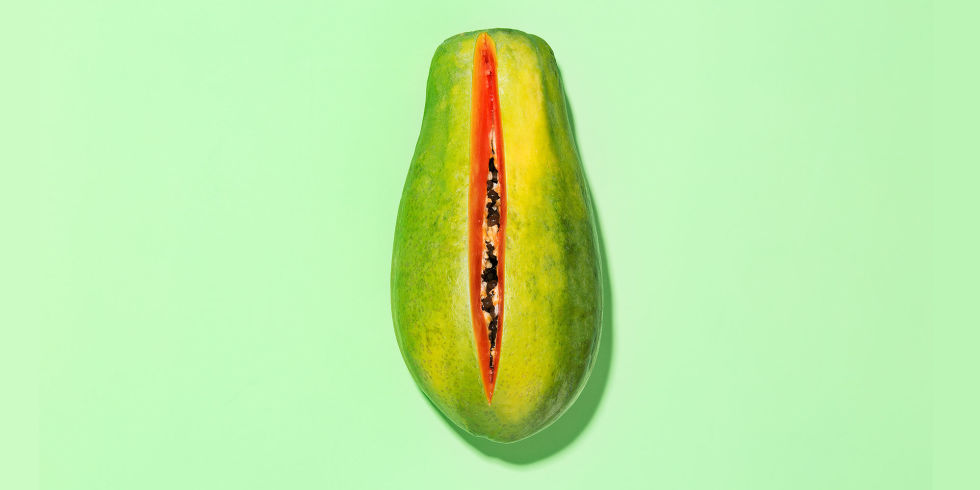 I met a guy three months ago who seemed perfect for me personality-wise. We fit together near perfectly with our personalities, and we’re never bored together and always are laughing. However, I am not physically attracted to him. This no doubt sounds incredibly rude, but I have been a bit grossed out by his face before (I know, I know, feel free to call me out on how much of a bitch I am). The physical part of a relationship is important to me, so my first thought was that we would be better as just friends. However, I’m worried that I’ll never meet anyone else that I have the emotional chemistry with. I know there are a lot of fish in the sea, but what if this is the best fish I can get? Am I being shallow? If it makes any difference, we haven’t had sex or even kissed yet. He’s pressuring me to define the relationship and I keep saying that we should wait, but he’s going to get annoyed at me soon. What should I do? How much do looks matter in a relationship? Thank you so much.

Fortunately, there’s a name for the type of person you like but don’t want to kiss: A friend. If you’re “grossed out by his face,” friend-zone him.

Don’t drag this out any longer or it will get even more complicated; this guy may accuse you (unfairly) of leading him on while you were figuring out your feelings — and if you want to build a friendship, it will be easier now than later.

You ask: “Am I being shallow?” And: “How much do looks matter?” I’d say that looks don’t necessarily matter at all — but attraction does. Plenty of my friends have been surprised to end up with people who are not at all their “type.” But attraction, that weird mix of a million little signals that either turn you on or don’t, is huge. And you’re just not attracted to this guy. And it’s not just that he doesn’t do it for you; he makes you cringe. That’s fine. That doesn’t make you shallow.

And please, don’t worry that this guy was your one and only true match, or that you’ll “never meet anyone else” with this sort of emotional chemistry. Instead of fish in the sea, imagine your waiter has plopped a plate of fish on your table that you didn’t order. You don’t want it; it disgusts you. The waiter pressures you to eat it anyway. Do you take it because that’s what’s in front of you? Or do you tell him to go back to the kitchen and bring you something else?

There are more than 7 billion people on this planet. There’s bound to be someone who makes you laugh and turns you on. Don’t settle for something you don’t want.

My boyfriend and I have been dating for a year and two months. We moved in together three months after dating. He’s 28, I’m 19. Before him, I was a total fashion and makeup junkie. I wore makeup every single day and would never leave the house without being made up and dressed up. It wasn’t until after we moved in that he told me he doesn’t like me wearing makeup. Now I can’t wear it without asking him first, and if he’s not in the mood to see me in it, he’ll say no. Now I wear makeup probably once or twice a month. It has affected my self-esteem so much. I feel down on myself because I feel like a slob, but he doesn’t get it. He says, “It’s just makeup.” He says I’m beautiful without it, but I love makeup. It’s part of me. We’ve been in heated fights over it and every time he pulls out the “you’re really fighting this hard over makeup?” I don’t know what to do. I desperately need your help.

He needs to stop this stupidity. Controlling behavior like this sets off alarm bells, because no man has a right to exert power over you. When you say, “I can’t wear it without asking him first,” I hear a woman telling me that she can’t do what she wants without a man’s approval because she fears the consequences. Will he withhold his affection? Stay angry for a while? Worse?

He has no right to tell you what to do. If you want, you should wear as much makeup as all the housewives of Beverly Hills. It’s your body. It’s your decision.

Controlling behavior is a slippery slope and you don’t want to set a precedent. Today it’s your makeup. What if, later on, he doesn’t like your hair? The way you dress? Your friends? I’m not being hysterical. These are serious questions: Controlling men start small and then work bigger to establish power.

Controlling men also tend to date women who are much younger than them, because they like the power differential and find them easier to control.

I’m not saying that you should definitely break up with this guy, but you should be careful and consider it. Your note worries me. You don’t need to change for anybody. You deserve to be with someone who wants you to be yourself.