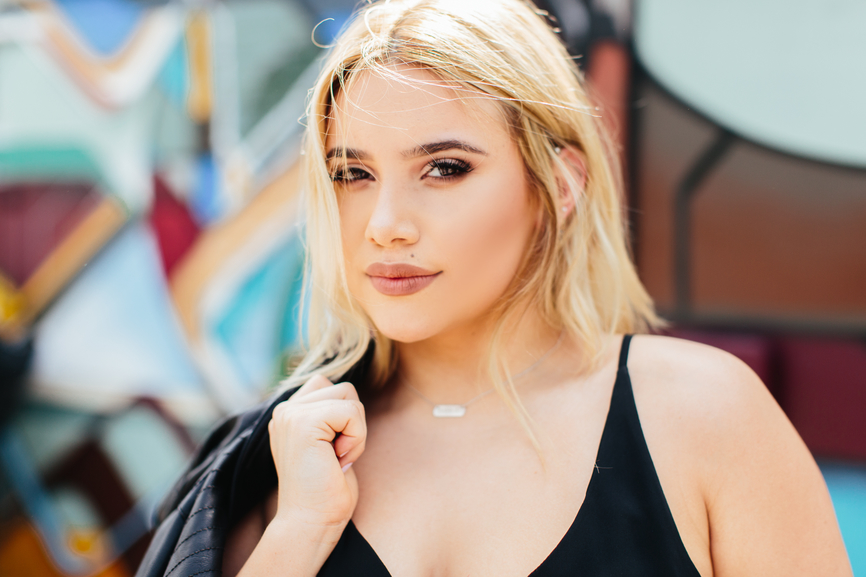 Does Playing The “Chill Girl” Make People Want You More? Here’s The Truth

To chill or not to chill is really the question of our time when it comes to modern dating. Toeing the line between demonstrating you are interested and coming off as overbearing, obsessive, or just the dreaded (and very general) “too much” can be exhausting and fester enough anxiety to make anyone reluctant to leave the house. And when it comes to answering the question of should you play it chill when dating, there’s a bit of a problem with perception. If you can never really know how you’re affecting another person, how much should you be worried about how you’re coming across? How can you tell whether you are overextending yourself? Dating is supposed to be about having fun, but it’s hard to know if everybody’s even playing the same game.

As someone who oscillates wildly between having zero chill (i.e., being really super into somebody the moment I see them) and too much chill (i.e., being the ghost who is never heard from again) I feel this collective pain deeply. But really, I think there was a lot of merit to what my mom said right from the beginning about dating: being your self is enough to attract the right people. There’s no reason to play it cool if you’re feeling passionate about someone. Having intense emotions is actually an extremely powerful gift; the right person for you is going to appreciate the depth of your emotions and want to be with you completely, without having to make adjustments, changes, or edits to suit their perception of how a person should be.

Still, I don’t have all of the answers to modern dating — let’s be real, it’s a struggle — I reached out to some peers who also struggle with the question of whether it’s good to have a lot of chill, or if being too relaxed about dating cuts you off from seeking the relationship you want and deserve. Here’s what they said:

1. Pretending To Be Chill Can Be A Losing Game

In the past, I played the chill girl. I didn’t want to seem pushy or force a guy to do something. This would ultimately backfire on me the moment I had a few too many to drink. Because I wasn’t a chill girl. I had things I wanted to say and I was playing the chill girl to please someone else. I was holding back who I really was and what I really wanted. If you’re the chill girl, don’t play her, be her. If you’re high strung. Be her. If you’re all the above, let her shine through. Men and women are attracted to someone that knows who they are, owns it, and asks for what they want. You may not make everyone fall in love with you, but you’ll be happier and in a healthier relationship if you stay true to who you are and what you want.

2. If You Play It Chill, They Might Move On To Something More Exciting

I used to only be attracted to ‘the chill people.’ As soon as someone admitted feelings for me, I’d run. That’s because I’m a thrill-of-the-chase kind of girl, so for people who want a sure thing, the chill attitude usually doesn’t work. Chasers will eventually move on, and in the NYC dating scene, there is no shame in being up front — if you’re interested, make it known before it’s too late. Otherwise, they can just move on to the millions of other options!

The truth is that the one thing that stirs up a man’s passion for a woman is located within her heart. It is her emotion he needs, although he may never admit that he wants it. Emotions can mesmerize a man, however being ‘chill’ suppresses emotions all together. In this attitude, you lack the passion required to ignite true romance.

4. Chilling Is Good For The Moment, Not So Much Long Term

More often than not I am the chill girl, the person who feels the passion and wants a date to last 10 hours, to make it as memorable as possible and treat the date as a “live in the moment” experience where I can show my spontaneity and adventure. It’s taken me 25 years but I’ve realized it doesn’t actually work that well.

5. Being Chill Places Too Much Pressure On Women

Societally, we assume that women to be more eager and hasty to get into a relationship than men, which in my experience and observation, isn’t accurate across the board. I think that hookup culture, wherein whoever cares less holds the power, compounds this pressure for women in modern dating, and especially casual modern dating, to play the “chill girl.” To suppress your feelings, to “keep it professional,” to essentially “not be such a girl.” I’ve played this part of the “chill girl” before and I’ve seen a lot of friends play this part as well. It’s a f*cking buzz kill. There’s nothing “professional” about your feelings, body, and time. It’s not transactional. I think that in hookup culture, desire for emotional intimacy (i.e., actually giving a f*ck/liking the person you’re having sex with, and having some sort of emotional connection) gets conflated with desire for commitment, when in reality, the two are not the same thing (although they often go hand in hand). You can have an emotionally intimate and noncommittal relationship with someone, and frankly it’s a lot more f*cking fun and interesting than “keeping it professional.” It may not be chill, but it will be hot.

6. Chilling Makes It Harder To Distinguish Between Lovers And Friends

The “chill zone” is no place to be in a relationship. Being the “chill girl” is like being a homie or a buddy. Lots of us take that approach so we don’t seem eager or too invested in a relationship (in an attempt to not put pressure on our partner). As someone who has tried that over and over again in relationships, it doesn’t work long-term. You can easily go from girlfriend, to friend-with benefits, or completely in the friend-zone. Your partner will get used to just chillin’ with you, rather than relying on you for physical, mental, or emotional support. Think about it: does your partner want to make out with their buddies, move in together or work on long-term relationship goals? Relationships have to stay hot, or warm, to last. If you’re in the chill zone, you’ll get frozen out of their heart in no time!

In this day and age, I feel like you would have to be completely disconnected from reality to be a truly “chill girl.” There are a lot of pressures placed upon us, between making rent, showing up for work on time, and trying to be an overall decent human being. A relationship, whether short or long term, should be one area of our life where we don’t have to place pressure on ourselves to succeed. Because a relationship isn’t about winning the other person or proving to them how cool or relaxed we can be. It’s about being together without an agenda, and appreciating one another as complicated individual human beings. And it starts with appreciating yourself, just the way you are.