Obviously, all relationships have their little issues, so speaking up about what bothers you is crucial. It’s OK if your partner’s done maybe one or two of these, but if you find yourself constantly wondering if your S.O. is an actual child who’s tragically stuck in the body of an adult man in Dorito-stained gym shorts, it might be time to reevaluate.

1. He doesn’t think to plan anything in advance — it’s always on you. Even simple things like where you’ll get dinner tonight or getting tickets for a movie he knows will probably sell out. It just doesn’t cross his mind! 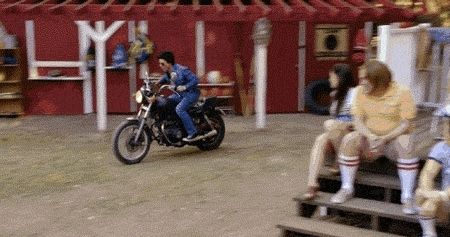 3. You never quite know when he’ll text next. Could be in a few minutes, could be the next morning because he didn’t think to tell you he’s grabbing after-work drinks. Predictably, if you ask him if he’s OK after a nine-hour silent period, he treats you like you’re insane.

4. Amazingly, he’s incredibly prompt with texting other people when you’re actually together. He’ll interrupt you talking about your day every time his phone lights up and vibrates the whole table. 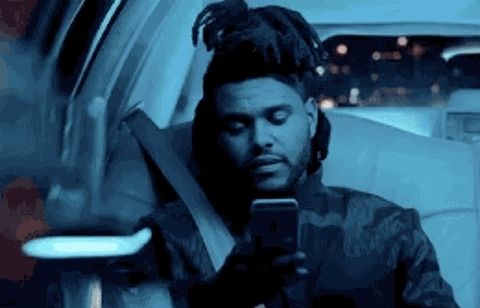 5. He’s definitely forgotten (or narrowly remembered) some important dates. When his Valentine’s gift is some chocolate he bought at CVS and a teddy bear despite the fact that you find stuffed animals juvenile, he definitely did not remember until morning of.

6. You have an actual savings account while he still has no idea where all his money goes every month. He spends recklessly on things he absolutely does not need, then feels zero remorse about texting his mom for more money. Meanwhile, you’ve been steadily padding your retirement fund since you were 16 and waitressing at Chili’s.

7. You always worry before introducing him to new people. He’s just … not the kind of guy who can hold his own in a conversation. He has no idea how to tone down his racy humor or controversial opinions around your coworkers, and he’s “so not into small talk.” BITCH, WHO IS???

8. You need to help him buy adult clothes. You know you have to facilitate his formalwear shopping because he’s a “grab the first thing I see in my size without trying it on” kind of person. He owes any jobs he gets to you, because you actually told him to iron his shirt and not wear sneakers to an interview. 9. He’s tragically unrealistic about his career. He doesn’t work half as hard as you do but he sure loves to complain about how talent like his is constantly overlooked. Oh, and he has no backup plans in case his artistic dreams don’t come true. He will half-assedly stick to his ambitions of being a rockstar until it bankrupts you both.

10. He’s messy to borderline disgusting. He still hasn’t figured out that clothes belong on hangers, he refuses to properly brush his teeth better despite warnings from several dentists, and he gone to literal great lengths with neglecting his toenails. 11. He says vaguely sexist shit that you let slide. He “totally thinks women should make as much money as men, but like, if he can be honest, female comedians are just not as funny as male ones.” And if you bring up the fact that gender literally has nothing to do with comedy, he’ll hint that you’re just being a big ol’ unfunny woman.

13. He comments on how stressed you are but never offers real help. You’re the only one of the two of you who’s been actively looking for an apartment together and what do you get for it? Him telling you to “calm down” as you call your third broker.

14. The idea of him looking after your future kids/pets just made you cold sweat like a MF. Or the image of him watching over an infant alone is simply inconceivable. Like, him looking after another living thing with actual care does not compute, unless you include ominous kitchen smoke in the background. 15. He rarely thanks you for how great you are. Obviously, he’s kind of a train wreck, and you’re the glue keeping his life from descending into complete squalor. He should shower you with praise all the time, but since he’s the type of guy to completely lean on you at all times, he never actually thinks of you.

16. You clicked on this post! You had some doubts and here we are. Hopefully, this was totally off and your man’s main flaw is he leaves cupboard doors open sometimes. If not, dump him ASAP. He is draining your precious lifeforce as we speak.