1. You unfollowed or unfriended them instead of stubbornly trying to seem chill. You know that if you still have easy access to their page, you will be hurt when you see them have any semblance of fun without you. You’d rather them know you need your space instead of letting a grainy pic of them eating a burrito ruin your day.

2. You immediately got rid of (or at least hid) the little reminders. Honestly, if you can Marie Kondo the vast collection of fleece-lined sweatshirts you accumulated from them, you can handle anything. 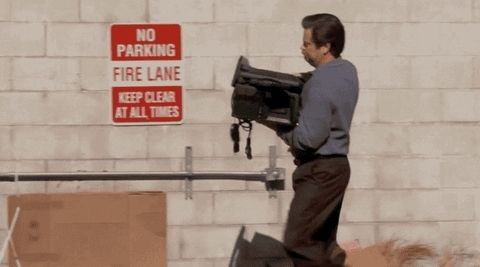 3. You cathartically rehashed your whole breakup with your BFF. It’s the nights where you split a cheese plate and slightly-too-expensive wine as a prelude to a five-hour in-depth talk about relationships that really make you fucking grateful for your best friend.

4. You refreshed your look in at least one tiny (or major) way. TBH, the highlight of a breakup is going for that one haircut that always got an “Eh, sure, I guess, you do you but I do love your hair now, just saying!” from your ex. Get ? that ? pixie? cut. 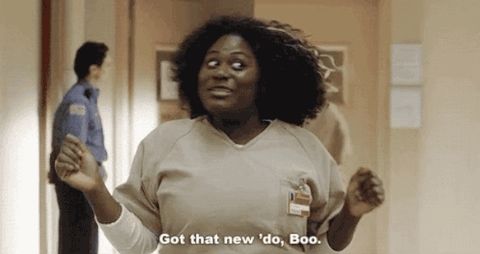 5. You went out to a thing you weren’t thaaaat excited about but had a surprisingly great time. The moment your friend invites you to a party full of 95 percent strangers over an hour away from you, you will immediately regret sending that “sure!” But when your one expectation is “I need something to keep me from scanning WikiHow articles about how he’s not really over me but doesn’t know it yet,” being pleasantly surprised by a decent night is just the boost you need.

6. You went out to a thing you weren’t thaaaat excited about, but this time you were sad and just let yourself feel it. So you decided to put your new singledom to good use and go out with the girls. You Insta’d a gallery of you together in competitively plunge-y tops with a Beyoncé song lyric, except the night took a sharp turn when your friends found guys immediately and left you to buy your fourth $17 margarita alone. But you’d rather glumly stare at your ripply cocktail reflection than force yourself to hook up with someone when you’re not ready. There’s power in that.

7. You signed up for a totally random class that only severe heartache would make you consider. “Intro to Fire Dancing” is definitely a thought that stayed dormant in the darkest recesses of your mind … until now.

8. You’re not eating the soupy remains of your Ben and Jerry’s for dinner every night. The people who harness their newfound free time and cook a paella from scratch to go with that bottle of wine are the people who will survive the apocalypse. 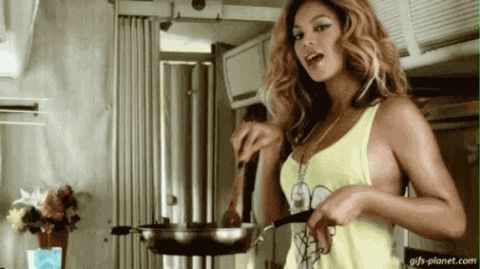 9. You finally binged that show your ex showed no interest in. You judge them so much more for not giving The Handmaid’s Tale a chance now that you’ve actually seen it.

10. You’ve asked more people to hang out one-on-one than you have in a while. When you’re in a relationship, your Google calendar practically auto-fills with dates, double dates, and whatever party one of your now-merged-together collective of friends is hosting. Losing at least some of those thought-free plans means actually having to make the first move in asking people to chill and thus penciling in a night with friends you may have thrown to the wayside a little when you were dating (hey, happens to all of us). 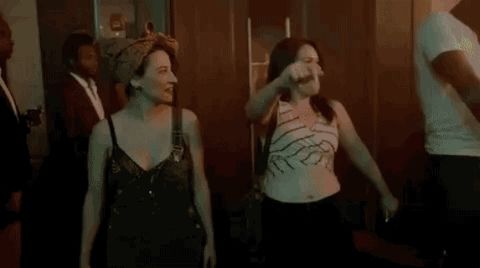 11. You’ve joined a dating app and gone on a date. Even if it goes nowhere, it still feels validating to know that you can handle the thought of having to date (and subsequently, risk getting hurt) again.

12. You roll your eyes at people pitying your singledom a little too much. Yes, breakups are sad — devastatingly so at times — but you know you’ll be fine, even though other people weirdly don’t. You’re not here for the people nervously reassuring you that you’ll find someone better soon, as if you’re incapable of enjoying a solo lunch date. 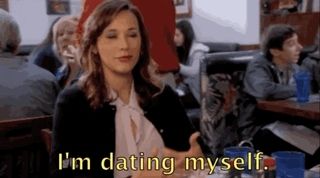 13. You remembered, like, 75 things that annoyed you in that relationship. You’re at the point where you can truthfully say that your ex’s relentless habit of drenching french fries with serpentine squiggles of ketchup was always going to be a deal breaker.

14. A part of you kind of lives for being single again. Being able to freely starfish in your bed multiple nights in a row is a gift. Cherish it.