1. You know each other’s drink orders. So that when you’re late to the bar (and when are you not late to the bar?), your drink is sitting there waiting for you. The best relationship perk, TBH.

2. You quit splitting checks because you know you’ll get them back for something later on. No more whipping out your TI-89 graphing calculator and splitting every last cent of every single bill — they get this check, you’ll get the next one! 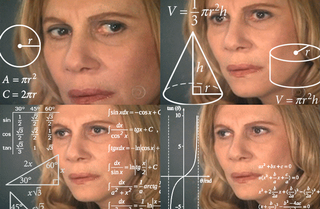 3. One of you offers to add the other to your Amazon Prime. Honestly if their home, work, childhood home, and grandparent’s addresses aren’t saved to your addresses in Amazon Prime, are you EVEN DATING?

4. They don’t immediately throw your toothbrush in the trash if you leave it behind. Nothing puts you in your place, relationship-wise, like getting a text 0.6 seconds after leaving a partner’s place that says, “hey u forgot ur toothbrush, ill give it to u tomorrow.” The moment people stop freaking out about stray things you “accidentally” leave behind is the moment you know you’ve made it as a couple.

5. You know their iPhone passcode. Not because you’re going to use it to snoop (you would never snoop!). But because you’re together a lot, sometimes their phone is the closest one, and you really need to check the weather forecast or something.

6. You do your full nighttime routine when they sleep over. No more splashing some water on your face and pretending that’s all you do. You’re comfortable enough around this person that you wash your face, tweeze your eyebrows, and moisturize eight times before going to bed, just like you do when you’re alone.

7. You have a “side of the bed” and there’s a spare phone charger on it. Finally. No more lugging around an iPhone cord everywhere you go just on the off chance you’ll crash at their place and GOD FORBID your phone is dead ever for even one moment. Such luxury, such convenience, such love.

8. You’ve stopped counting your dates. Or, better yet, you don’t even call them “dates” anymore. They’re just the default way you eat dinner, which is to say, you’re always eating dinner together because you’re ~in luv~.

9. You’re watching a TV series together that has more than one season. Guys, there are six seasons of Game of Thrones with 10 episodes each. That’s … a lot of hours of commitment you’ve just agreed to. It’s essentially like signing a dating lease.

10. At least once, you’ve decided against going out in favor of ordering food and staying in. Not that you’d ever be one of those sad couples who fuse to the couch and may actually die beneath a fortress of takeout boxes. But there’s something to be said for ordering in and not dealing with anyone who isn’t each other.

11. You have definitive proof one of their family members knows who you are. OK, so you haven’t met the family yet, but at least they know you exist in the world. A START.

12. You have either sent or received a selfie from a dressing room asking an opinion on a clothing item. Dressing room mirror selfies are the purest form of intimacy and I will not (!!!) hear any arguments against this.

13. You’re sharing at least one (1) streaming service. This is serious AF because now the very private lives you each lead on Netflix are being merged. The truth about how many episodes of Grey’s Anatomy you stayed up watching last night is going to come out whether you like it or not.